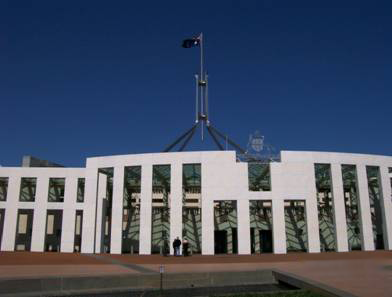 Neither the Coalition nor Labor has sought to do anything about inadequate nursing home staffing by using their power to legislate. Two politicians have tried to do something.

In 2017, then Senator Derryn Hunch introduced the Aged Care Amendment (Ration of Skilled Staff to Care Recipients) Bill. It required the Department of Health to develop minimum ratios which would be enshrined in law via the Quality of Care Principles.
Liberal and Labor speakers opposed the Bill with little difference between them. They favoured more investigation on the adoption of mandatory ratios and possible problems for regional and remote nursing homes were invoked. The Bill was quickly killed off.

In August 2018, Rebekha Sharkie (Mayo, SA) introduced the Aged Care Amendment (Staffing Ratio Disclosure) Bill 2018. She was supported by Kathy McGowan (Independent, Indi, Victoria). The Bill requires the quarterly publication of staff:resident ratios broken down by categories (RN, EN, PCA, Allied Health, Other) with an option for the home to include and explanation.

The home would be required to submit the information to the Department of Health and it would be published presumably on the myagedcare website. If any ratio changed by more than 10 per cent between quarters, the variation would have to be notified within 28 days.

Ms Sharkie said the increased transparency was to help people when making a decision about moving into a nursing home. There would be no cost to the taxpayer. The Bill was referred for inquiry to the Standing Committee on Health, Aged Care and Sport.

In October 2018 the Committee recommended that the Bill be passed by the Parliament. On 22 July 2019, Ms Sharkie reintroduced the Bill. This time support came from Kathy McGowan’s replacement as the Independent member for Indi, Helen Haines. Debate was adjourned. Let’s see what happens next.